What is artificial intelligence (AI)?

According to official sources, the term AI respectively AI as an academic subject was first established in 1956 at the Dartmouth Workshop, see also the article "History of Artificial Intelligence".

This conference gave the following understanding:
Every aspect of learning or any other feature of intelligence can be so precisely described that a machine can be made to simulate it.

Think of your children, they also try to imitate (unfortunately, they mostly look for the wrong role model and / or the wrong thing), as well as their own characteristics, which each is based on the three Gunas, as far as possible allows them.

Those who have dealt with science will determine, that nature is the best teacher. There is no system, no intelligence, if one demands that nature is having an intelligence (see also the topic Intelligent Design), that no one is fit to hold a candle to it. 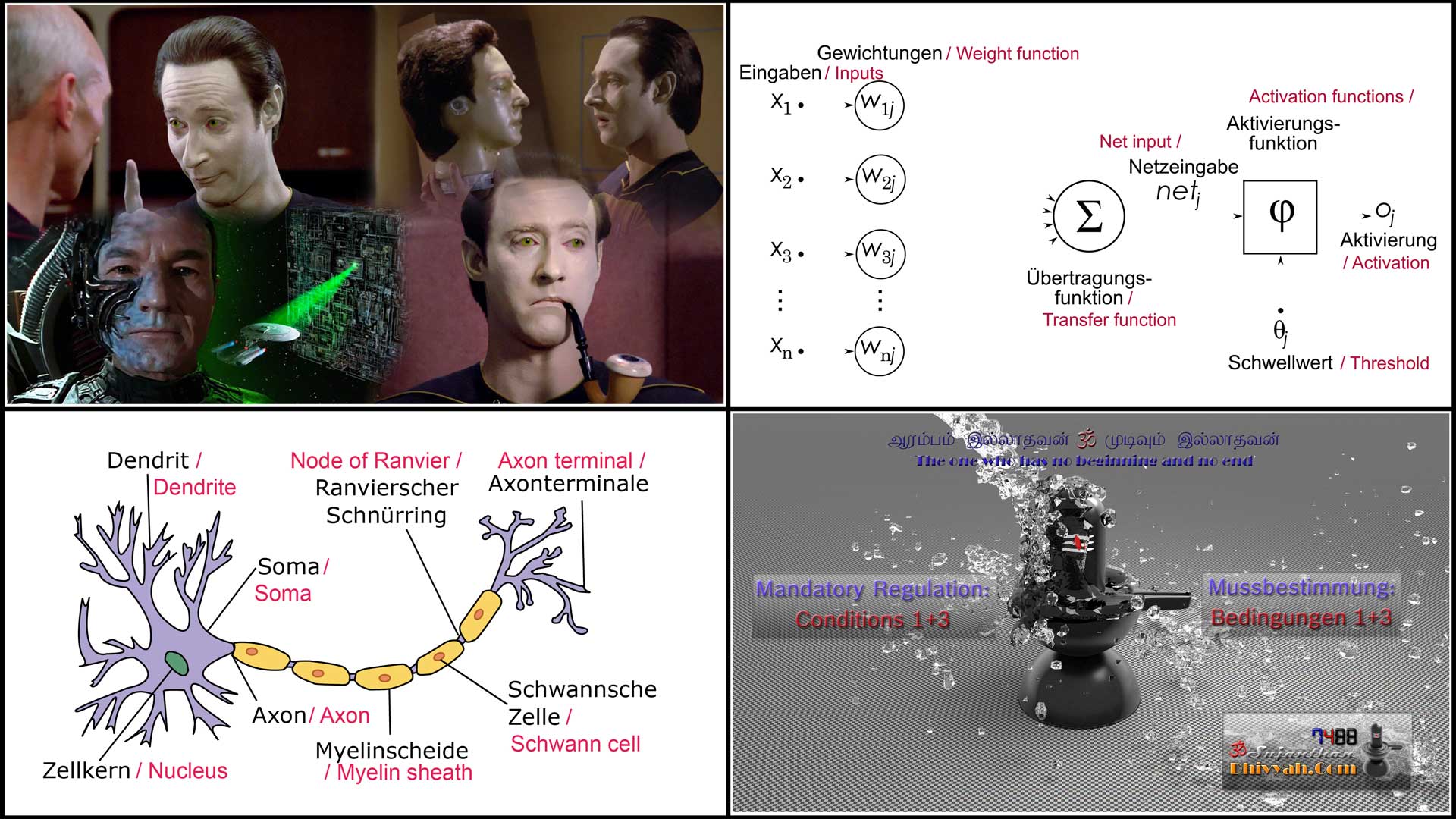 Figure 1: Conditions 1+3 decides over many things, as well as about AI3.1

It is not without reason that engineers, chemists, pharmacists etc. try to copy nature, whether it is aerodynamics of birds and fish, the surface structure of a lotus flower or the elasticity with simultaneous stiffness of the spider silk, nothing in this world is a better optimizer, like nature itself.

An excerpt from the publication:

For a system to be called an AI, it should meet a minimum number of criteria. This implies that it is only from a certain amount of algorithms composite, which must exceed a certain complexity class and at the same time by implementing in a neural network to increase efficiency, only then one can speak of an artificial intelligence.

If one imagines the brain on a very abstract level that it is construct of nodes, that is, the neurons and edges (or connections), which are the axons, dendrites and synapses, then one is more likely to come up against the idea with neural networks.

The artificial neural network (ANN) maps the functioning of a human brain on a certain abstract level. The realization of artificial neurons in computer science on a chip or die are totally different from their origin, that is biology. There are also exiting different implementation techniques. The chip may be a silicon chip or die, or there are of course other approaches that are more suitable for biology, e.g. microfluidic biochips.

These are also research areas where terms such as cyborg, terminator, transformers, which we know from science fiction films, are already reality2. About 25 years ago, I read an science article about nanorobots, where these nanorobots also called nanobots enter the bloodstream by infusion and are autonomous and operative, for example, they can eliminate calcification of arteries by patients. See also this TEDx talk by Jamie Paik "Origami robots that reshape and transform themselves".

There are different approaches to (partially) imitate, support, and / or replace humans. The product of imitation is e.g. the artificial intelligence or humanoid robot - special case of that is an android3, the product of support are e.g. exoskeletons, or prostheses, and the product of replacement is already a reality - think of the robot, e.g. in the auto industry, where they have already replaced the painters, welders, and so on.

It should also be clear that intelligence is complex. In today's understanding of the term intelligence, social and emotional competences are also properly considered as intelligence. For terms or even constructs such as life, intelligence, there are no clear definitions, there are only approaches to define such terms. For this reason, the term artificial intelligence is also not firmly defined, since already the word intelligence is not firmly defined. One should also know that definitions of a system, an object or even a construct are framing, that is one puts boundaries or barriers here which in original form doesn’t have limits, as well as the expanding universe, which also has no limits in the physical sense but is only a mathematical formalization, that is the infinity, where time and space coincide – also do not forget, I am the infinity.

Anyone who has already got to know the mathematical construct limit of a function in school mathematics, mostly upper class i.e. A-Level (British School System), knows that the division by zero in mathematics is not defined, even forbidden, but is used in the limit value examination. If one lets the denominator of a fraction converge to zero, the entire term converges to the infinite – presupposed that the counter is a (positive) integer without the zero (ℤ\{0}).

Humanoid, but without Atman

One can not only compare an AI on an abstract level with human intelligence (with Atman), but beyond they are even equivalent. For a better understanding, see also the zombies.

I know that I bring the views of many philosophers, biologists, etc. to overthrow, but Prof. Jürgen Schmidhuber's point of view, most closely reflects the truth about the reality so far.

It is the human arrogance, the attitude that man is the crowning glory of creation, which allows him to be held firmly energized by the ideology of "he or she is something better".

Here is an analogy to soften this ideology:

What is pain? What is it for? What does the body want to tell you? The answer is: the body tries to condition you.

When I was dealing with the topic of AI, I was able to find out right away, in addition I tried to understand what learning really is, e.g. leaning bicycling. I imagined which sensors are actively i.e. consciously participating in the whole learning process for the first time.

These are e.g. the eyes, sense of balance, the muscles, the different nervous systems, motor cortex etc.

When one has consciously learned to ride a bike, then the whole thing moves into the subconscious, similar to offloading the calculations from the master CPU to a slave CPU. The subconscious (part of the divine) is the autopilot.

If we try to model this, sooner or later we will come to the point: what is love? Here we can ask the same questions: What is love for? For cohesion, for self-preservation? But without the cold ness that some doctors or scientists see it.

Even at this level, it does not violate the philosophy of Hinduism. No, even the opposite is the case. Hinduism says the entire world is Maya. Also do not forget that I am the destroyer of the Maya and my Beauty is trying to preserve the world.

When everybody reaches the absolute maturity, the world ceases to exist. Only a correct balanced mix keeps the world going, that's the finetuning of the different forces.

What makes love so lovable is the point of view, that is also the romance. If one goes the other way of contemplation, the romance breaks3.2 down. For this reason: Man is not only the product or the sum of electrochemical impulses, but he is much more, namely a composition and how he acts, i.e. his Karma.

A song or melody that comes to life is also a composition of notes, but to reduce the melody to the notes alone is wrong. The brilliance arises only through the composition, which in turn is an action.

Apropos:
I have also seen, that it is difficult for some atheists to provide the truth about me and the world. They respect my actions, they share many thoughts with me, but still there is something that blocks their thoughts from recognizing me as the creator ... 😉.

Another important thing about the first video:
No child is born as an evil. It is made, educated, shaped to it. This is the same with the AI. One can also educate an AI to be evil. From this context the question: Is a war between man and machine conceivable (timestamp 04:20 min) to answer with a big YES. Mr. Schmidhuber knows this as well, but nobody will want to call his child evil. The spiritual heritage (intellectual work) is also like a child!

1 In connection with neurons, axons, dendrites, soma etc. – one also should deal with the Hindu-like sounding word soma. It will be (later) helpful for many things (during decryption).

Also interesting is again a similar sounding word from the dystopian novel by Aldous Huxley "Brave New World", which was treated at my school time, I thing in the 9th or 10th grade at the Hermann-Greiner-Realschule (secondary school) in Neckarsulm as a set book.

The namesake of this school was an SPD politician and honorary citizen of Neckarsulm.

2 According to my vision from the year 2016/2017, the technology e.g. regarding Transformers is more advanced, as this is shown in the video of TEDx talk. Because the departments hosting the advanced version are not private companies, but the same ones that kept B2B-technology over the decades and centuries secretly, partly military or standing over the military. Certain things come in their complexity the movie Transformers very close.

3 According to my vision from 2018/2019, there are even Android forms that have already been excavated several centuries ago. Likewise, the plane of Ravana (Pushpaka Vimana) has already been discovered.

3.1 The English abbreviation for artificial intelligence  is → AI, pronounced like the (English) alphabet „i“ the Tamil counterpart is the alphabet and word „ஐ“ and means god. What a coincidence 😉?

3.2 Just as matter loses its shine at the subatomic level, think of quantum mechanics (see also the document "Brainstroming.pdf" → 17:23 Wednesday, 24th July 2019), nothing is solid at the quantum level, so it is with love. It loses its shine when broken down purely on hormonal, on impulse-driven stimulus or even practical use. The real wealth of this world is only the pure true love, it should never be one-sided. What has happened cannot be undone ...

Apropos purity, is it not stated in carat? Was this a rhetorical question 😉? The answer: The number 24, absolute purity stands for my Beauty Sina Kaiser (24), the mirror-symmetric to 42 ...